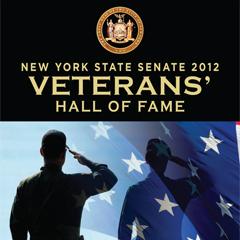 Dr. Olivia J. Hooker was born in Muskogee, Oklahoma in 1915, and moved with her family to Tulsa, Oklahoma. Her father was a successful businessman who operated a clothing store and her mother was a former teacher in the Greenwood District, which was referred to as “the prairie’s own small turn-of-the-century Harlem”.

Dr. Olivia Hooker was six years old when her community in Tulsa was destroyed on May 31, 1921, in the worst race riot in the history of the United States. The Tulsa Riot resulted in the deaths of more than three hundred people, and the burning of more than one thousand homes and businesses. Dr. Olivia J. Hooker vividly remembers being awakened by the thudding sounds of machine gun ammunition raining down on her family’s home.

In 1997, along with other survivors, Dr. Hooker helped found the Tulsa Race Riot Commission, which drafted recommendations for restitution. Their case went to Oklahoma State Legislature and to Capitol Hill where she and others testified before the United States Congress and initiated a federal lawsuit.

Dr. Olivia J. Hooker earned her Bachelor’s Degree from Ohio State University and taught third grade before enlisting in the United States Coast Guard during World War II, becoming the first African-American woman to serve in active duty in the Coast Guard. She earned the rank of Yeoman, Second Class.

She went on to earn a Masters Degree in Psychological Services from Teachers College at Columbia University and a Doctoral Degree from the University of Rochester, where she was one of two black female students.