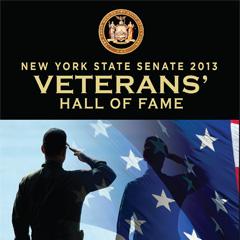 Judge Michael J. Brennan is a native Staten Islander, having been born and raised in the town of West Brighton, where is still resides. He attended P.S. 18 and Curtis High School, where he is a member of the school’s Hall of Fame, and received a BA in Political Science
from St. Peter’s College, Jersey City, New Jersey.

In 1965, he joined the United States Army as a Private. He rose to the rank of Captain, serving in the Army’s Military Intelligence Branch. After Infantry Offi cers Candidate School and Airborne training at Fort Benning, Georgia, and a year of studying Vietnamese at Ft. Bliss, Texas, he served in Vietnam from 1968 to 1969. For his service, he was awarded: The Bronze Star Medal, Parachute Badge, Vietnam Service and Campaign Medals, Distinguished Unit Citation and the Good Conduct Medal. He later received the
New York State Meritorious Service Ribbon.

After Army service, Judge Brennan graduated from St. John’s University School of Law and N.Y.U. Graduate School of Law. He served as a criminal defense attorney with the N.Y.C. Legal Aid Society until his appointment to the N.Y.C. Criminal Court by Mayor Ed
Koch in 1984. He is also a graduate of the National Judicial College and has taught as a professor at Wagner College, Staten Island, for the past 34 years.

A proud veteran, Judge Brennan is a Life Member of the Thomas J. Tori Chapter of the Vietnam Veterans of America and Judge Advocate for the Pvt. Joseph F. Merrell (MOH), American Legion Post, Staten Island, and the Richmond County American Legion. He
is also a member of Am Vets, the VFW and the Catholic War Veterans. In 2010, Judge Brennan was inducted as a Life Member into the Army/Navy/Air Force/Veterans in Canada, U.S. Chapter.

Elected to the New York State Supreme Court in 2000, Judge Brennan sits in Brooklyn, where he is Presiding Judge of the Brooklyn Veterans Court.

He does community service work with the Brighton Kiwanis Club, the Warren Jaques Basketball Committee and the Pepper Martin Club. In 1988, the Staten Island Advance Newspaper named the Judge their Sportsman of the Year. As President of the John D. Kearney Division of the Ancient Order of Hibernians, Judge Brennan was Grand Marshal of the St. Patrick’s Day Parade on Staten Island and has been an aide to the NYC Parade’s Grand Marshal.

The Judge resides in West Brighton with his wife of 46 years, Olivia Garand Brennan. They have a daughter, Olivia, a son, Mickey, and a pet boxer “Baby.”