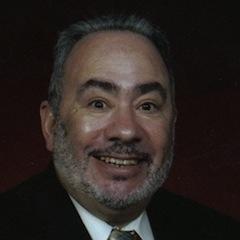 Lester Modelowitz was born in Brooklyn, New York. In August 1966, he was drafted into the U.S. Army and sent to Fort Jackson, South Carolina for Basic Training. Following Basic Training, he was sent to Fort Lee, Virginia for Advanced Individual Training. In February 1967, he was deployed to Vietnam and was assigned to the 1st Aviation Brigade 162nd Assault Helicopter Company in Phouc Vinh. In May 1967, Modelowitz was reassigned to the 2nd Battalion 94th Artillery in Dong Ha and Camp JJ Carroll in I Corp. He was classified as a Sp4 and was primarily a Weapons Mechanic (Armorer).

Modelowitz returned to the United States in 1968 and was assigned to Fort Campbell, Kentucky as a supply sergeant. After being discharged from the US Army he was awarded the National Defense Medal, Medal for Vietnam Service, and Vietnam Service Medal. Modelowitz married in September 1968, and worked in construction with the Carpenter Union until his retirement in 1992. Modelowitz is a member of the Kells–Grennie American Legion Post 316 where he has served as a Post Commander and County Vice Commander. In 2002 he was Legionnaire of the year.

He is a member of the Disabled American Veterans and the Vietnam Veterans of America where he is currently the 2nd Vice President of Chapter 421. Modelowitz also volunteered at the Arthur Kill Correctional Facility aiding incarcerated veterans from 1992 – 2001, and was named Volunteer of the Year in 1996. In 2008, Modelowitz asked State Senator Andrew Lanza to sponsor legislation which would designate March 29th as Vietnam Veterans Day in the State of New York. The bill was signed into law by Governor David Paterson on May 27th, 2008. (Chapter 90 of the laws of 2008). In 2009, Modelowitz helped to organize Senator Lanza and Assemblyman Matthew Titone’s first annual Vietnam Veterans’ Celebration at Mt. Loretto CYO center on Staten Island. He was also an integral part of the second annual celebration of Vietnam Veterans’ Day in 2010. Lester resides on Staten Island with his wife of 41 years, Carole. They have two daughters and three grandchildren.