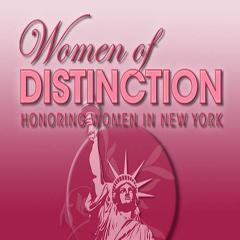 As a transgender peer, Ms. Davis began working with The Center in 1998 to address the needs of transgender sex-workers, initially through nighttime street outreach. As a counselor, and later as a coordinator for The Center’s Gender Identity Project (GIP), her work focused on offering counseling and groups for transgender and gender non-conforming youth, adults and partners. During this period, she was responsible for developing the core of The Center’s transgender cultural competency training curriculum and has since delivered that curriculum to more than 5,000 providers including government agencies, not-for-profit agencies and schools.

Ms. Davis currently serves on the HIV Health & Human Services Planning Council of New York and the New York City Police Department LGBT Advisory Committee. The 2nd edition of Gary Mallon’s “Social Work Practice with Lesbian, Gay, Bisexual and Transgender People” included her chapter on “Social work practice with transgender and gender non-conforming people.” She joined the Hunter College School of Social Work in 2007 as an Adjunct Lecturer and served in this role through 2014.