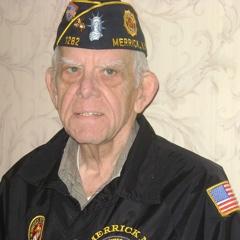 Since first becoming a member of the American Legion over twenty years ago, Marine Corps veteran Robert Tom Riordan has worked diligently to improve the lives of veterans in the community.

After joining the American Legion through the DMS program in 1988, Mr. Riordan transferred into the North Bellmore Post the following year. He eventually rose to the position of Post Commander. During his three year tenure as Commander, Mr. Riordan helped spearhead a renovation of the Post’s building so that it could be better utilized by the community.

He transferred into Merrick Post #1282 in 1997 to help ensure that the Post was able to keep its charter amid dwindling membership. Mr. Riordan aggressively sought to attract new members to ensure that the Post could remain in the community. As a result of his efforts, the Post grew from 15 members in 1997 to over 160 members today. Under his leadership, the Post has also received national and local recognition for excellence.

As the Post’s Commander, Mr. Riordan actively pursued a number of different service projects to benefit both veterans, soldiers, and the community as a whole. He helped organize collection efforts of used eyeglasses to give to residents in need and old books to be donated to veterans in the Northport VA Nursing Home. In addition, he organized the collection of old cell phones, which are then sold to generate proceeds to purchase care packages for Nassau County residents serving in Iraq and Afghanistan. Working with students of the Merrick Avenue Middle School, Mr. Riordan coordinated efforts to send care packages to American troops stationed overseas.

Mr. Riordan resides in North Merrick with his wife, Margaret. They have three grown children, Bobby, Anne, and Peggy, and are the proud grandparents of ten grandchildren.

Mr. Riordan was named to the Veterans' Hall of Fame by Senator Charles J. Fuschillo, Jr.