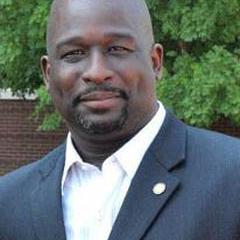 Award: June Constituent of the Month

Demetrius S. Lawrence, born in Brooklyn, NY, is paving the way for excellence, diligence, and commitment to community. As the elected 2nd Vice Chairman of New York City Community Board 9, he serves South Crown Heights, Prospect Lefferts Gardens, Wingate and portions of North Flatbush. Raised in Brooklyn, Mr. Lawrence attended the High School of Fashion Industries and John Jay College. Employed as a Project Manager for over 10 years by Align Communications, Inc., Mr. Lawrence has the real experience to manage his commitments.His diligent efforts can be seen in his dedication and team spirit which has led him from the background to the forefront, filling several community positions such as: PTA President of P.S. 161, a member of Citizens Observation Patrol Program (C.O.P.) for the 71st Precinct, and currently President of the Montgomery Street Block Association (M.B.A.) between Bedford and Rogers Avenue in Brooklyn, New York. One of his desires for the MBA Block Association is one that he undoubtedly shares with concerned members of the community: to see a safe block where children are not afraid to play outside and parents are not worried about stray bullets harming their children. Mr. Lawrence has tackled the issue of block safety head on. A recognized leader, He was nominated into the NYPD Citizens Police Academy by his local precinct’s community affairs division and precinct commander. Now, as an alumni and recent graduate of the NYPD Citizens Academy, he is determined to continue his efforts to advocate for a better neighborhood.Mr. Lawrence is interested in behavior within civil governments and enjoys interacting with the community. His vision for the MBA is to inspire his neighbors in strengthening their community with hopes of a safer block and increasing home values.Demetrius is a committed family man. With a lovely wife of 10 years, Alisha Lawrence, and four children (three daughters and a son), taking time for family bonding are a part of his core values. He understands that part of building a healthy community starts with healthy families, Demetrius believes that it takes a village to raise a child and every individual – young or old – should never limit what the future holds for their success. It is the responsibility of every mature adult to assist if needed in the rearing of children so that they may take advantage of what life has to offer beyond the confines of their own neighborhood or perceived limitations.Most importantly, and at the center of all that he does, Mr. Lawrence enjoys a strong relationship with God, with whom everything is possible. His commitment to a God of vision, faith, family, and love are exemplified in his care, concern, and consistency to both the church and neighboring communities. He serves as a Para Chaplain in the Word Bible Institute, a New York State Chaplain with the Latin African American Chaplain Association (L.A.C.A), and as Associate Pastor of Life Center International Ministries under the leadership of Apostle R.L. Jackson.A healthy community is the key. His neighbor’s collective involvement and improvement is what interests him most, knowing that non-residents will be able to stand in awe of MBA’s progress and will desire the same changes for their own communities, igniting a fire and passion that will become a catalyst for them to follow. Mr. Lawrence intends to use his involvement with the local community board to be an effective vessel/conduit where people may address their many issues and concerns. He believes in maximizing and creating a better life in each moment.In his spare time, Mr. Lawrence enjoys basketball, football, fishing, bike riding, reading, and motivational speaking.Lawrence’s favorite quote: ‘Now is the accepted time, not tomorrow, not some more convenient season. It is today that our best work can be done and not some future year. It is today that we fit ourselves for the greater usefulness of tomorrow. Today is the seed time, now are the hours of work, and tomorrow comes the harvest and the playtime." W.E.B Du Bois