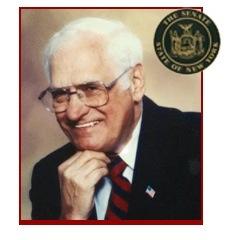 After graduating from Thomas A. Edison High School, where he was an excellent athlete and President of his senior class, Mr. Pesesky enlisted in the Navy on September 24, 1943. He rose to the rank of Signalman Second Class and was honorably discharged in April 1946.

Mr. Pesesky’s longtime association with local veterans began during high school when he joined the American Legion Post 154 Drum & Bugle Corps in Elmira Heights. Upon his Naval discharge, he immediately joined Post 154 as a member and went on to hold many offices at the district, state and national levels. According to Mr. Pesesky’s five children, they grew up thinking that the American Legion was their religion.