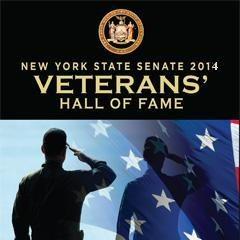 Abner Greenberg was born in 1924 on the Lower East Side in Manhattan. He grew up a street kid during the Depression, and became a boxer as a teenager. The day after the attack on Pearl Harbor, Mr. Greenberg enlisted in the Marines, completing boot camp at Parris Island, and then serving at Quantico. Mr. Greenberg was assigned to the 4th Marine Division and was part of the invasion of Iwo Jima that began on February 19, 1945. His closest friends were killed the first day of the landing, and a long, deadly fight for territory commenced.

On the seventeenth day of the invasion, Corporal Greenberg was shot in the head and was evacuated. He remained unconscious for 90 days on the hospital ship, and spent time in hospitals in Saipan, Hawaii, California and St. Albans, Queens, undergoing multiple operations to reconstruct his skull and jawbone. His injuries left him with permanent brain damage.

After returning to the States, Corporal Greenberg married Marilyn Wallach in 1947. He tried to stay busy to avoid thinking about his wartime traumas, and avoided talking about the experience for years – not even telling his children about his service until they were in high school. His wife helped him deal with the serious health issues resulting from his injuries, and along with his children, encouraged him to address the psychological consequences as well.

In the 1980s, Mr. Greenberg joined a Post Traumatic Distress Syndrome (PTSD) group, which helped him deal with the impact of his experiences. He has since gone on to work closely with PTSD support groups for World War II veterans and Purple Heart recipients, also serving as a mentor to many young veterans returning from Afghanistan and Iraq. The Greenbergs have four children and ten grandchildren.