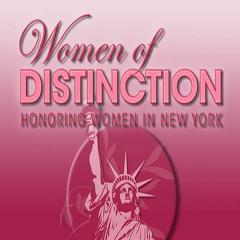 Throughout her career, Barbara Medina has become a voice amongst the voiceless and has shown the value of being an independent woman.

Alongside a successful marketing career, Ms. Medina became an advocate for neglected and abused children and found countless allies in meeting others who have dedicated their lives fighting for abused children. In 2006, Ms. Medina took her advocacy a step further and joined forces with a nonprofit organization named Emergency Rights. She began lobbying for legislation, which today is known as The Nixzmary Brown Law.

After two horrific traffic accidents took the lives of four young children, including Leandra Rosado, Ms. Medina began working in the fight against drunk driving. Without hesitation, she lent her support to become an advocate to Leandra’s father. Ms. Medina worked diligently with the help of the Fulton Youth Association, MADD, numerous local elected and appointed officials and legislators. In the end their tireless efforts paid o­ when Leandra’s Law was signed on November 18, 2009.

Ms. Medina is dedicated to improving the lives of children by working closely with their parents in the fight for a better educational system. In addition, she has helped countless residents who were displaced from their homes, from lack of a­ffordable housing. She personally advocated placing over 25 families in Section 8 a­ffordable housing units.

Ms. Medina once said her greatest community accomplishment has been the last three years collaborating with community merchants, The New York Police Department, Fire Department of New York and the Federal Bureau of Immigration to collect much needed school supplies for underserved children. She considers it an honor to continue to be the voice of these children and their families.