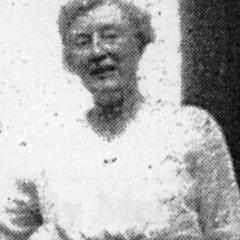 Mary Wiltsie Fuller, a progressive activist for women’s rights, established Wiawaka, an Adirondack retreat for women. The daughter of a Troy industrialist, Ms. Fuller became aware of the need for respite for the working women in shirt-collar factories, mills and laundries of Troy and Cohoes. Vacations and recreation were beyond the means of these hardworking women. When it offi cially opened in 1903, Wiawaka (Indian name for the “Great Spirit of Women”), the retreat could accommodate up to 38 women for a weekly rate for room and board of $3.50.

Through her association with the Girls Friendly Society of the Episcopal Church, Ms. Fuller was able to elicit fellow sponsors as well as other infl uential friends from Saratoga and surrounding areas for help. She approached, Katrina Trask (Yaddo - Saratoga) about helping to fi nd a location for her retreat for the women. Ms. Trask was civic minded and leased to Ms. Fuller land located on the southeastern
shore of Lake George. The following year Ms. Trask sold the property to Ms. Fuller for one dollar and a bouquet of fl owers.

A group of about 50 friends helped Ms. Fuller raise money for renovations, and contributed canned goods and vegetables for the kitchen and wood for the fi replaces. Wiawaka is one of the oldest and longest continuously operated non-profi t retreats for women in the United States of America today.