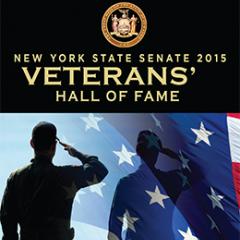 Corporal Calvin Parker nobly fought in the Vietnam War from 1966 until 1967, as a proud and brave member of the United States Marine Corps.

Corporal Parker completed his basic training at Parris Island and was a qualified sharpshooter. After nobly serving in Vietnam, Corporal Parker was employed at the Armed Forces Staff College in Norfolk, Virginia, where his responsibilities included supervising, inspecting and briefing guards pertaining to the day-to-day activities of the Armed Forces compound.

Corporal Parker received his Bachelor of Science in Security Management from John Jay College and was employed as a Senior Security Officer at the United Nations for many years. During his tenure at the United Nations, he was awarded letters of commendation by the United States Department of State for his outstanding work ethic and dedication.

Corporal Parker is the proud father of two children, a grandfather of six grandchildren and an active member of the Mount Vernon Peacekeepers – always working for the safety of his family and his country.