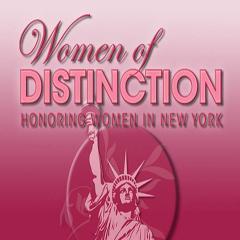 Jeanne S. Poindexter, Ph.D. is a renowned research scientist who dedicated her career to the education of undergraduate students in the biological sciences. In addition, she has devoted much of her time and energy preserving New York’s remaining affordable co-op apartment buildings built under the State’s 1955 Limited-Profit Housing Companies Act (also known as the “Mitchell-Lama Law” after its Senate and Assembly sponsors).

A resident since its opening in 1974, Dr. Poindexter is well-known at East Midtown Plaza, a 746-unit Mitchell-Lama co-op and is an active leader of its organization. In addition, she is the president of Cooperators United for Mitchell-Lama, a citywide organization which fights to keep their long-subsidized apartments affordable and habitable for themselves and future generations of middle-income New Yorkers. Dr. Poindexter is steadfast in her efforts, upholding the true spirit of caring for her cooperative communities.

Dr. Poindexter is the recipient of numerous awards, including the Emily Gregory Award for Excellence in Teaching from Barnard College and the Carski Foundation Distinguished Teaching Award, which is granted annually to an outstanding educator for exemplary teaching of microbiology to undergraduate students and for encouraging students toward subsequent achievement. Dr. Poindexter was elected to Fellowship in the American Academy of Microbiology in 1993 and has served on and chaired some of its most prestigious committees.

An active member of her community, Dr. Poindexter has been a volunteer viola player for the past 25 years performing with the Greenwich Village Orchestra. Her compassion and generosity of spirit can be seen in the many ways she contributes to the world in which she lives.

Helping New York Recover in the Wake of Hurricane Sandy