Skip to main content
“19 on 19: the History, Revolution, and Evolution of Women’s Political Voices”

On August 19, Senate Majority Leader Andrea Stewart-Cousins will commemorate the historic 19th Amendment, with a live Zoom featuring all 19 NYS Senate women. The conversation will be broadcast live on the Leader’s Facebook page from 7-8:30 p.m. and will include a discussion of the decades-long fight for women’s suffrage, the players, and the accomplishments of the movement throughout the years.

The event is non-partisan and will trace women’s political voices through the voices of New York State’s own women Senators. They will discuss how the movement achieved success, the rise of women being elected to office, the different legislative priorities they brought with them, the importance of the women’s vote today and how to encourage more women to be involved in politics. 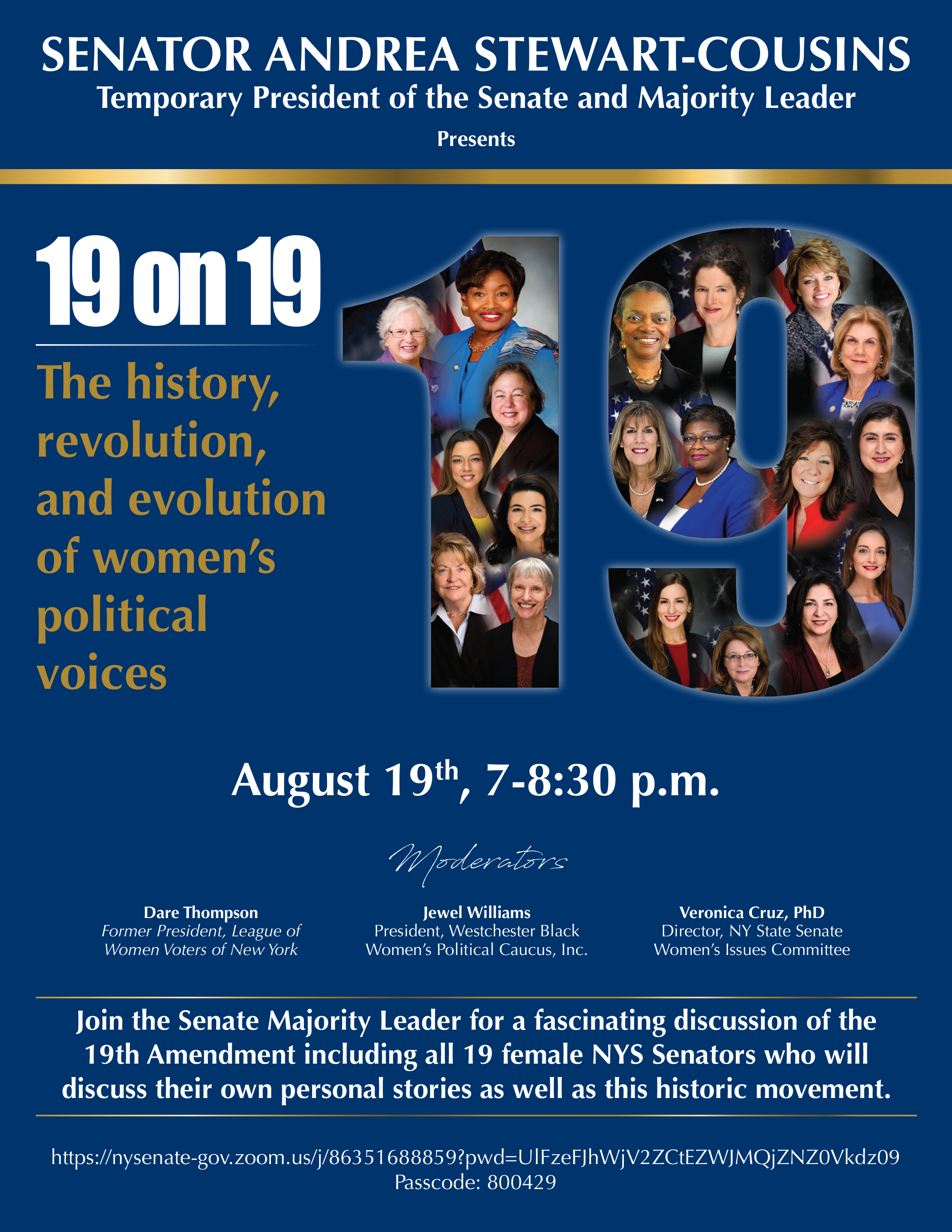