Skip to main content
Senator Anna Kaplan hosted an event with Ambassador Asaf Zamir, Consul General of Israel in New York, to celebrate Yom Ha'atzmaut, and pass a resolution in the NY Senate "Reaffirming the Bonds of Friendship and Cooperation" between New York and Israel 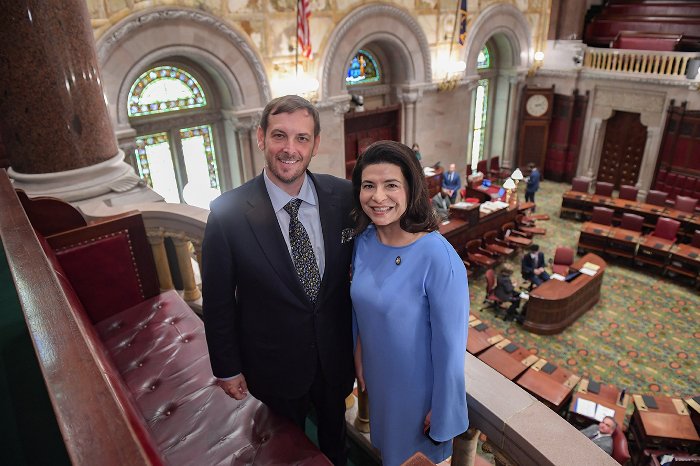 ALBANY, NY – On Wednesday, May 4, 2022, New York State Senator Anna M. Kaplan (D-North Hills) held a celebration of Israel's Independence Day (Yom Ha'atzmaut) in the New York State Capitol to honor the special relationship between Israel and New York State, and celebrate the 74th Anniversary of the founding of the modern State of Israel in the ancestral home of the Jewish people. Ambassador Asaf Zamir, Consul General of Israel in New York participated in the festivities along with representatives from AJC Global, AJC Long Island, AJC Westchester, and AJC New York, along with members of the community who made the trip to Albany for the special event. Rabbi Michael Mishkin of Temple Beth Israel of Port Washington, NY opened the Senate Session by delivering a moving invocation to the members of the Senate and the special guests who had gathered for the celebration of Yom Ha'atzmaut.

During the Senate session, Senator Kaplan passed Resolution J.2062, Congratulating the State of Israel upon the occasion of the 74th Anniversary of its Independence, and reaffirming the bonds of friendship and cooperation between the State of New York and Israel. (Read the full text of the resolution here.)

In remarks from the floor of the Senate, Senator Anna M. Kaplan said “Strong support for Israel is an issue that is deeply personal for me, and that’s why I’m proud not only to be the author of this resolution today, but also to be hosting a celebration in honor of Israel’s Independence Day here in the State Capitol.

As many of you know, I came to this country as a refugee when I was 13 years old. My parents weren’t able to come with me, and by the time they were able to flee Iran, nations around the world had turned their backs on Jewish refugees like us.

As one nation after another denied their entry, Israel was the only place that would allow them to seek refuge, and they opened their arms to my parents, giving them a safe place to call home until they were finally able to reunite with me and my siblings in this country.

Their story is not unique. Israel has been a beacon for Jewish people around the world since its inception. As Israel faces new challenges, and as antisemitism and global instability once again threatens the safety of Jewish people worldwide, it has never been more important for us all to stand up and speak out in the strongest of terms in support of Israel.

Supporting Israel isn’t a partisan issue. At a time when the stakes really couldn’t be higher, it’s a common purpose around which we can all unite." 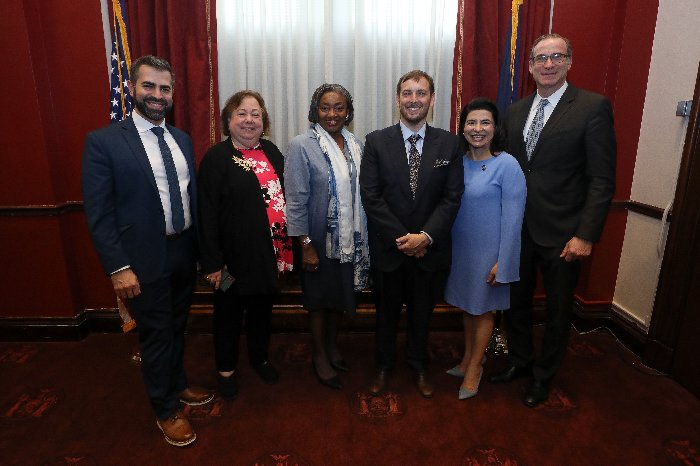