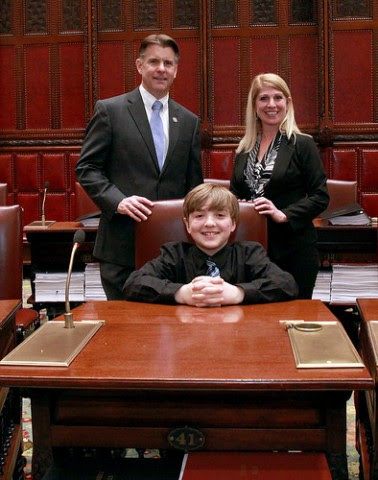 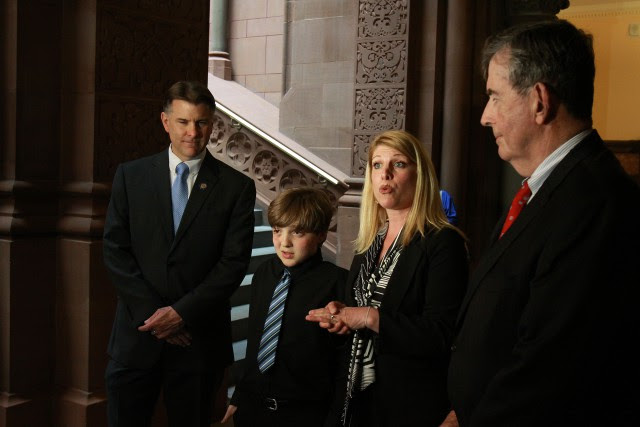 FRANKIE FLORA RETURNS TO ALBANY TO ADVOCATE FOR FRANKIE’S BILL

“Frankie Flora is an inspirational young man who has turned a painful and tough part of his life into an opportunity to help others,” said Senator Gipson. “Frankie’s Bill is common-sense legislation that will ensure that victims of dog bites are guaranteed the medical treatment they deserve. I commend Frankie for returning to Albany and I’m committed to continuing to advocate alongside him and his mother Maria.”

"I commend both Frankie and his mother Maria for their relentless efforts in support of this common-sense legislation,” said Senator Breslin. “We have seen over the last number of years an increase in the number of dog bites. The goal of this legislation is to encourage responsible dog ownership while ensuring that victims receive compensation for their injuries."

Senator Gipson and Senator Breslin introduced Frankie's Bill in the State Senate last year, four years to the day Frankie Flora was attacked by a dog leaving him severely injured. The bill would hold dog owners immediately liable the first time their dog bites someone. Under current state law, owners are only issued a warning and not held financially responsible when their dog first bites a person.

Frankie Flora stated, “I know this bill will help others in New York State, and I look forward to the day it passes.”

Maria Flora, Frankie’s mother concluded, “I want to thank Senator Gipson and Senator Breslin for continuing to join us in our fight to ensure all victims of dog bites are able to get the full medical care they need. I am very proud that my son is fighting the long fight of changing a law that is in much need of change.”

A Message From Senator Terry Gipson